skip to main | skip to sidebar

Me being the guest blogger for Maria Rodale. This is kind of a big deal!

I have my Gram to thank for this.

This book in particular was the one on her book self next to her holy bible and a dictionary and that was about it.

She had a great organic garden behind her house, she also kept a small chicken coop and canned more then any Brooklyn hipster could ever dream of.

This ones for you Gram.

Posted by Punk Rock Farmer at 5:08 PM No comments: 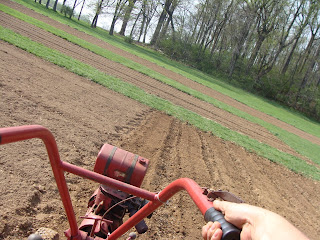 Frank Lloyd Wright used the word usonian to describe his sense of place, how his architecture was not separate from the landscape but was of the landscape.

As I start to turn the soil I revel in the truth of my materials. The smell of the land rises up to meet me and I am of the landscape.

Time for a change.

That is right folks, this blog is being moved to my new website, which shall launch sometime in the next week. www.happycatorganics.com I am so excited I can hardly stand it. The sign is going to be awesome, everything you need to grow and forage your own food.
Everyone knows that I love plants that make food, but I also just love plants, and let me fill you in, Horticulture in this country is shit. My alma mater Delaware Valley Collage had no new Hort. students this last semester. So I will be changing this blog into a Hort. blog and it will be called the horticultural ninja. Lots of pictures and cool stuff just to do with plants and the men and women who love them.
Later
Tim
Posted by Punk Rock Farmer at 2:20 PM No comments: 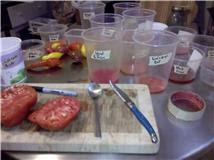 32 New tomatoes tasted cleaned and saved! You will have
to wait till next year to find out what they are. 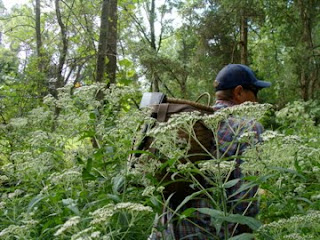 Foraging in the fall is one of my favorite things, here I am in the tallest stand
of Boneset (Eupatorium perfoliatum L.) I have ever seen. Gathered some
leaves to experiment with some native plant teas I am working on. 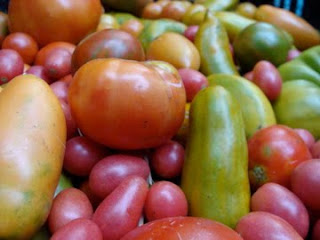 The Tomato Tsunami is rolling on, if you missed the article in the
Philadelphia Inquirer check it out.
Posted by Punk Rock Farmer at 9:54 AM 1 comment:

I do not have much to write, but I wanted to share some photos of Amy and I on the farm. 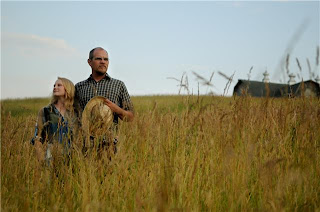 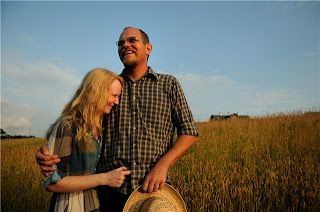 Thanks David
Posted by Punk Rock Farmer at 6:46 PM No comments:

We are going on tour 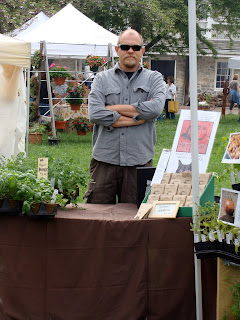 Thats right we are going on tour, not with the Grateful Dead or Motorhead, but with plants.So if you need some of the the coolest tomato, pepper, eggplant, swiss chard, or herbs. Well over 100 varieties. Come out to one of these great events and check us out!

Our plants look great this year, it is our first year using Organic Mechanics soil. It is so great to have a local source for such a great product.

Where can you find us every week! 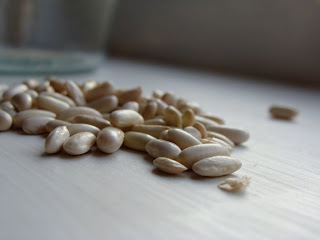 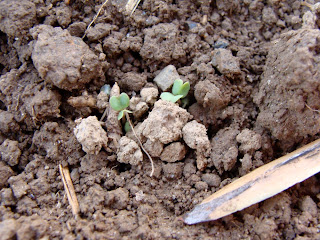 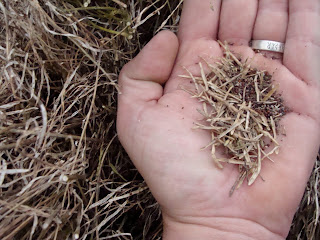 “Cause and effect, means and ends, seed and fruit cannot be severed; for the effect already blooms in the cause, the end preexists in the means, the fruit in the seed”

People are talking, lots of people and not just the foodie preachers and the choir. People like my mom and co-workers and people I meet out that usually just talk about things like Jersey Shore Show and really like it, not just people who watch it for its train wreck astonishments.

Honestly I never cared for Oliver and his young jumping around Naked Chief days, but go old ma, she liked him and sometimes you just have to listen to your mom. For my birthday one year she gave me his ‘Jamie at Home’ I was hooked; he also did a show in England called 15. 15 was based around a restaurant of the same name, that took in 15 troubled kids and gave them mad skills and a real appreciation for food and where it comes from and how much work goes into it. Jaime then went on national English TV with his friend Hugh Fearnley-Whittingstall (my hero and host of The River Cottage) they went into chicken batteries (factories that chickens are raised in, oh yeah the English learned how to grow chickens by mass production from us.) People all over Europe where shocked and the shock wave even hit our shores. But by the time it got to us it was just a slow methodical ripple, like you would find in an Iraq oil field.

So Mr. Oliver came to the states to teach fat pizza eating yanks to eat real food. The show is really great and makes me so sad for the state of our food systems in this country. Getting chicken nugget addicted children in West Virginia to eat salads, may not be musket fire at Concord, but the trigger has been pulled and oddly enough a Brit has started a new revolution in America.

Wow I really wanted to write about seeds. (Hence the Emerson quote)

I touch seeds everyday, I clean them, I plant them, I eat them, I sell them, so I get the connection between putting seeds in the ground and the food that I put into my body, but watching those kids made me sick, I bet if I showed them seeds they would want pizza and chicken nugget seeds. Very few people get this connection, and that is why I was so happy with the response our seeds have gotten from the greater Philadelphia region.

Philly is a really a cool town and a great place to eat and now buy locally produced sustainable seeds.

So check out Milk and Honey Market out at 44th and Baltimore, a great store for lots of locally grow produce and cheese. I really wise I lived around the corner. The owners are cool the staff is hip and the space is beautiful.

Fair Food Farm Stand at the Reading Terminal, after Central Market in Lancaster City it is the second best market in this country. Fair Food anchors the 12th street side of the market; go get seeds a hotdog with a knish on it and a shoeshine.

Speaking of Lancaster’s Central Market Green Circle Organics just got our seeds for all my old peeps in the LC.

Also in the Northern Liberties Almanac Market also carries our seeds and sells such a great selection products it makes me want to move to the city.

The last shout out for the region has to go to Terry and Hannah at Kimberton Whole foods they have our seeds in multiple stores.

Lastly I have the best staff in the world. Holly and Elise cranked it out in my Kennett sweatshop. Holly is fresh off of her one women worldwide trip of peace and justice, she make me laugh, she makes me want to be a better person and she works really hard.

Elise just got back from sledging rubble in Haiti, and like the next day was wackin out the seed orders, she is awesome and inspiring.

P.S. Veg Transplants are coming and this year we have over 100 varieties.

Punk Rock Farmer
WELCOME to, Happy Cat Organics, LLC We are a small company/farm/nursery/retail store that sells sustainably produced seeds, plants, produce and products. We are a triple bottom line business, dedicated to not only ending up in the black, but in creating a business that profits in people and a healthy environments. To stabilize the rapacious erosion of not just our soils, but our culture and way of life. With a focus on organically producing products that stimulates local economies and ecosystems and add balance to our water and food sheds. Waste = Energy A business that creates energy and resources instead of using them. Our products are not produced they are performed…….